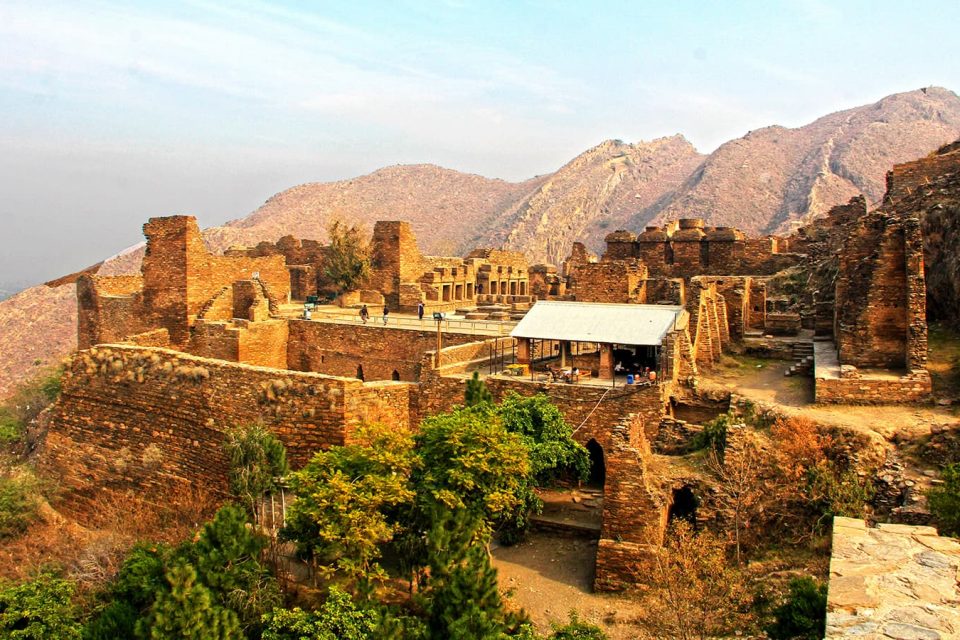 Takht means “throne” and bahi, “water” or “spring” in Persian/Urdu. The monastic complex was called Takht-i-Bahi because it was built atop a hill and also adjacent to a stream. Located 80 kilometers from Peshawar and 16 kilometers Northwest of the city of Mardan, Takht-I-Bahi was unearthed in early 20th century and in 1980 it was included in the UNESCO World Heritage list as the largest Buddhist remains in Gandhara, along with the Sahr-i-Bahlol urban remains that date back to the same period, located about a kilometer south.

Takht-i-Bahi is a great source of information on Buddhism and the way of life people here used to follow. The village is built on the ruins of the ancient town, the foundation walls of which are still in a tolerably good formation. As a proof, that it was in the past occupied by the Buddhists and Hindu races, coins of those periods are still found at the site. The monks constructed it for their convenience. Spring water was supplied to them on hill tops; living quarters for ventilators for light and alcoves for oil lamps were made in the walls.

From the description of Song Yun, a Chinese pilgrim, it appears that it was on one of the four great cities lying along the important commercial route to India. It was a well-fortified town with four gates outside the northern one, on the mound known as Chajaka Dehri which was a magnificent temple containing beautiful stone images covered in gold leaves. Not far from the rocky defile of Khaperdra did Ashoka build the eastern gate of the town outside of which existed a stupa and a sangharama. Excavations of the site have unearthed at Takht-i-Bahi may include; the court of many Stupas, the monastery, the main stupa, the assembly hall, the low-level chambers, the courtyard, the court of three stupas, the wall of colossi and the secular building. In 1871, Sergeant Wilcher found innumerable sculptures at Takht-i-Bahi. Some depicted stories from the life of Buddha, while others more devotional in nature included the Buddha and Bodhisattva. The Court of Stupas is surrounded on three sides by open alcoves or chapels. The excavators were of the view that originally they contained single plaster statues of Buddha either sitting or standing, dedicated in memory of holy men or donated by rich pilgrims. The monastery on the north, was probably a double storied structure consisting of an open court, ringed with cells, kitchens and a refectory. 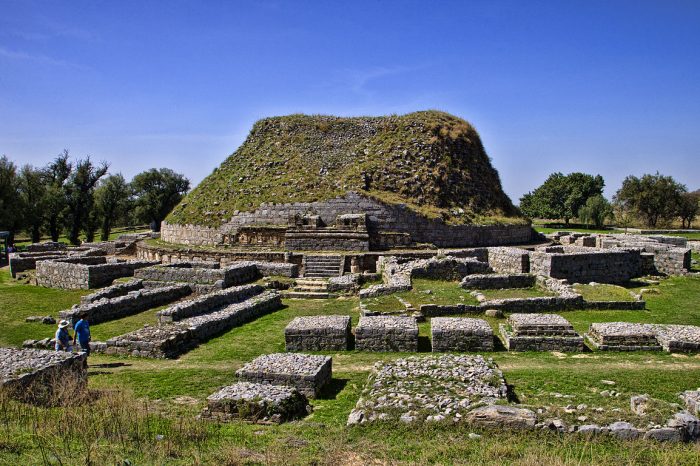