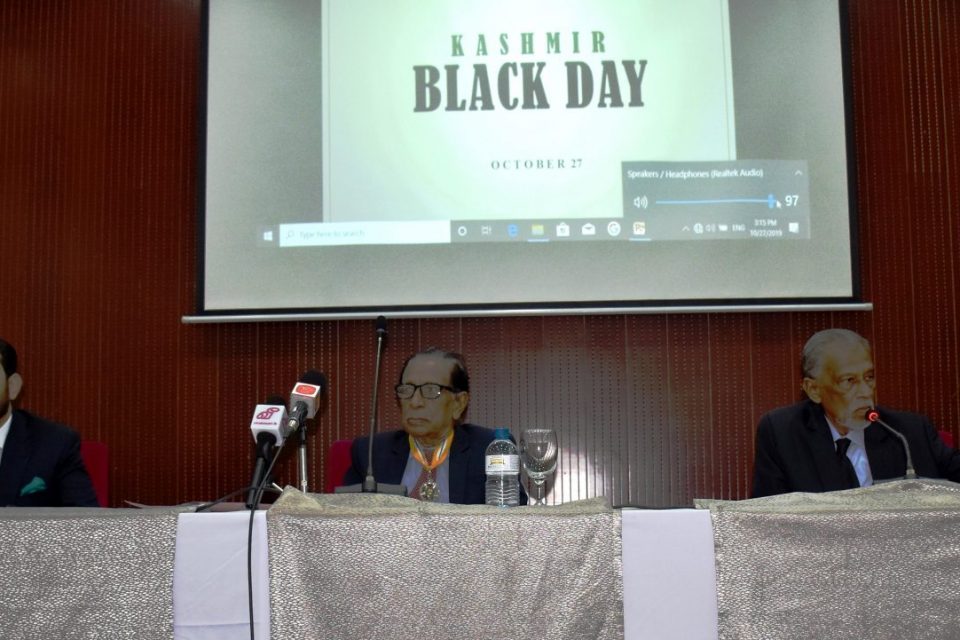 The High Commission of Pakistan, in collaboration with the Kashmir Study Forum, Sri Lanka organized a seminar to mark the ‘Kashmir Black Day’ on October 27, 2019 at BMICH, Colombo.

The seminar was addressed by the Chairman, Kashmir Study Forum, Mr. Jamal ud Din as well as senior analyst Mr. Latheef Farook with the view to highlight Indian atrocities in the State of Jammu and Kashmir. A documentary, highlighting the atrocities of Indian forces and their inhumane treatment of the innocent Kashmiris was also screened on the occasion.

The Acting High Commissioner of Pakistan, Mr. Tanvir Ahmad, while welcoming the guests, paid homage to the people of Jammu & Kashmir for their just struggle against the decades long Indian illegal occupation of Jammu & Kashmir and reiterated Pakistan’s moral, political and diplomatic support for the people of Kashmir in their right to self-determination. He further highlighted that since 05 August 2019, the scale and impunity of the Indian Government’s human rights violations have increased several-folds. Through the deployment of additional troops and an unprecedented media and communication black out, that has continued for almost three months, Indian occupied Jammu & Kashmir (IOJ&K) has been turned into the largest prison on the planet. Referring to the United Nations Security Council’s special session on the Kashmir issue, he said that the international community is no more a silent spectator to the Indian atrocities. Explaining the purpose of the seminar, he said that it was to draw attention towards the miseries of the Kashmiri people and to stress the urgency of resolving the Kashmir dispute in accordance with the aspirations of Kashmiri people under the auspices of UNSC resolutions.

Senior Analyst, Mr. Latheef Farook, speaking on the occasion, said Kashmir is a source of long standing dispute between Pakistan and India, which originated when the people of Jammu and Kashmir were denied the right of self-determination in 1947. He underscored that when India and Pakistan became independent on August 1947, it was generally assumed that Kashmir, as a contiguous state with a predominantly Muslim population, would accede to Pakistan. Its ruler, the Maharaja, however, on 27 October 1947 acceded to India through an improper and illegal Instrument of Accession. On the same day, India airlifted its forces to Srinagar and occupied the valley.

Chairman Kashmir Study Forum, Sri Lanka Mr Jamal ud Din, in his concluding remarks decried the human rights violations committed by the Indian armed forces in occupied Kashmir for the past seven decades. He said that the world community was under moral obligation to ensure a United Nations sponsored plebiscite in Kashmir according to the wishes of the Kashmiri people. He recalled that the Kashmir issue was first brought to the UN by India; however, India has been reluctant to implement UNSC resolutions for the past 72 years.

Comprehensive discussion was held during the seminar, urging the Indian Government to immediately lift the curfew and communications blackout as well as rescinding of its illegal and unilateral actions in the occupied territory since August 05, 2019 after abrogation of Article 370 and 35A.

The seminar was attended by a large number of people from different walks of life including academicians, journalists, writers, local friends of Kashmir as well as the Pakistani community. 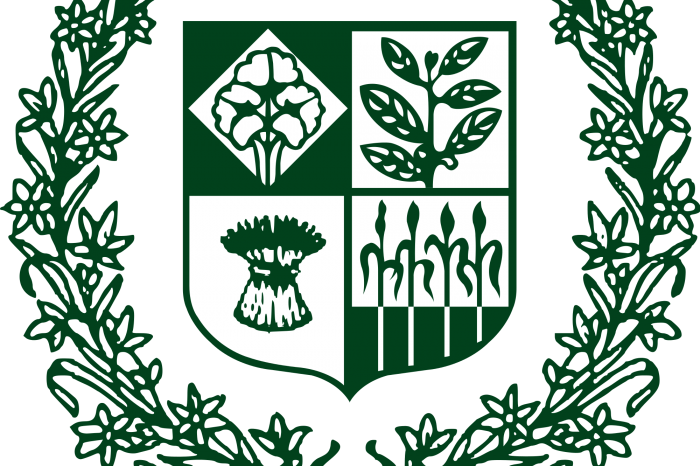 Pakistan congratulates Gotabaya Rajapaksa on his election victory as President